By Enid Sanders
in Words of Comfort 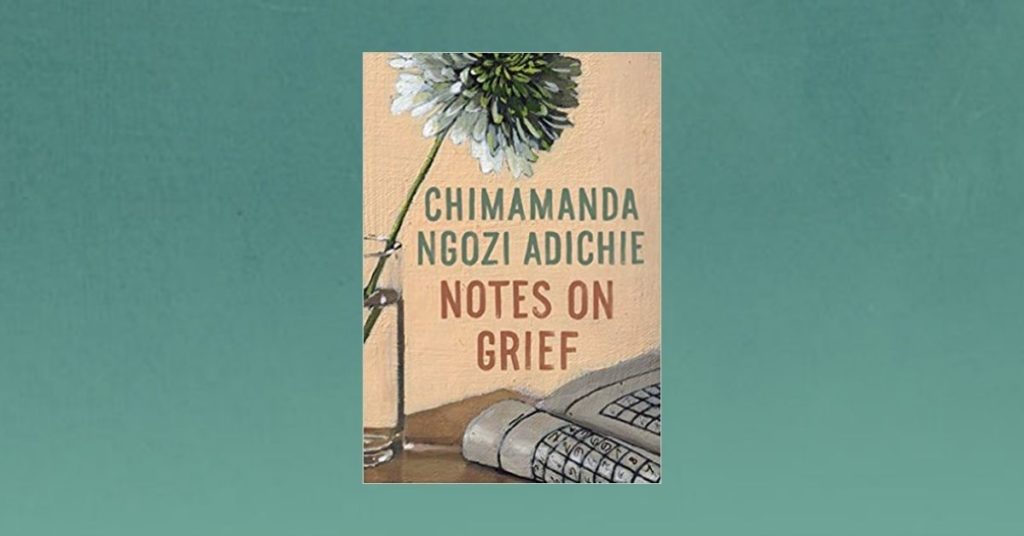 Reading Chimamanda Ngozi Adichie’s celebrated new book about the death of her father, Notes on Grief, I was reminded of the kind of books that helped me most right after my husband died.

Maybe I just wasn’t ready, but at that point I found most self-help books repetitive and condescending. The last thing I needed at that point was an essay on how to turn my pain into growth. I just wanted to know how to bring my husband back (see my poem “Super Griever”). The only self-help book I found useful was It’s OK That You’re Not OK, by Megan Devine.

The books that helped me most were those that shared the writer’s personal surreal experience of grief and dying, like Atul Gawande’s Being Mortal, and Joan Didion’s The Year of Magical Thinking, which she wrote after losing her husband and grown daughter in a single year. (Having lost my own daughter years earlier, I resonated with Didion.) These books reflected the hell I was going through without trying to fix it. They let me know I wasn’t crazy and I wasn’t alone.

Both Adichie and Didion expressed universal (but often unspoken) truths. When good writers describe their deepest experiences, we realize that’s what we’ve been feeling, but haven’t put into words. Didion opened her book by showing how life changes totally in an instant, saying this will happen to you—it happens to us all.

Adichie captures the universal, “how can the world just go on without this person?” feeling, and the shocking realization that “never has come to stay.” She talks about wanting to be visited by your loved one, and the need to hold onto pain as a way of keeping the person close. “There is a desperation to shrug off this burden,” she writes, “and then a competing longing to cosset it, to hold it close. Is it possible to be possessive of one’s pain?”

Both Didion and Adachie talk about using their writing to cope with their grief and give it form and meaning. “You learn how much grief is about language; the failure of language and the grasping for language,” Adichie says. I didn’t know it, but that’s what I was doing when I scribbled the unformed poems that became my book Words for the Unbearable: A Journey Through Loss. At the time, I was just writing to be close to Andrew and keep from falling apart, but eventually I realized I was writing the book I wanted to read.

In a way all grievers can do the same thing, creating their own art or prose or poetry to express their feelings. Michaela Haas describes this process in her book Bouncing Forward.

The process isn’t always easy. It can expose hard realizations. Reading my own raw poems for the first time, I often asked myself, “how come you’re so mean?” or as Adichie says, “How can your unconscious turn on you with such cruelty?” I believe it is your inner self, laying out the truth for you to struggle with so you can begin to heal.

On the PBS News Hour, Adichie said, “I tell people, don’t think of writing as therapy—but actually it is… It’s my way of trying to find words…. trying to say the un-sayable, and writing helps me get to that.”

As a psychologist, I think poetry is especially helpful to grievers because it goes to a deeper place. People coping with shock and loss often feel numb and walled off. By being literally “words for the unbearable” poetry touches places they can’t get to and they realize, “Yes, that’s exactly how I feel.”

Adichie says she now winces at her pre-loss assertion that “Those who could feel real grief were lucky to have loved,” fearing it minimized the pain. I don’t think it does. I think it just reminds us, as I said in “My Measure of Love,” that this pain is the price of loving and being fully alive.

My Measure of Love

From Words for the Unbearable

Have I said it all?

I have said quite a lot.

In the months since your death,
I have written nonstop about my loss.

If I had loved you less, there would
have been so much less to say.

think of all I would have missed.